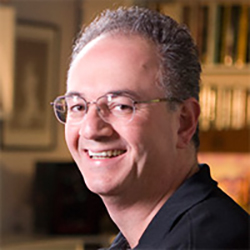 After ruling out his initial career choices as a paleontologist, zoologist, baseball player and Good Humor ice cream man, Jerry LoFaro employed his lifetime interest in dinosaurs, animals, fantasy, art history, and literature into a successful career as an illustrator. His formal art education was spent at S.U.N.Y., New Paltz, in 1980-81, while his most important lessons came later in figure drawing classes at the Art Students League of New York.

In addition to Jerry’s work being selected for thirteen Society of Illustrators Annual Shows, he has also exhibited many paintings in Communications Arts Annuals, Spectrum (The Best of Fantasy & Science Fiction Art), Expose (The Best of Digital Art), Graphis, Applied Arts, and the Encyclopedia of Airbrush Techniques, among others. Articles about his art and career have appeared in The New York Times, Boston Globe, Chicago Tribune, The New Yorker, Manchester Union Leader, Concord Monitor, New Hampshire Magazine, Advanced Photoshop Magazine, Art Scene International, and Airbrush Action Magazine, where he is a regular contributor.

Jerry was awarded a medal from The Society of Illustrators of L.A.’s 32nd Exhibition and awards for the best in advertising in Spectrum Vol. 1, 2 and 6. In 1996, he was presented The Vargas Award for lifetime achievement in illustration and for his contributions to the airbrush industry. In 2007 he earned The Grand Master Award from Ballistic Publishing’s “Expose,” a collection of the year’s best digital art, along with The Excellence Award in the 2009 edition. Most recently, he has the great honor of being awarded a Gold Medal from The Society of Illustrators of NY in the Advertising category of Illustrators 51.

In 1997, The Manchester Artists Association awarded him New Hampshire “Artist of the Year,” and had the honor of twice serving as keynote speaker at The Currier Gallery in Manchester for the National Youth Arts Group induction ceremony. Jerry LoFaro is also a highly regarded and popular instructor, having taught classes at the Fashion Institute of Technology in New York and New England College. He’s led seminars around the United States sponsored by Airbrush Action Magazine, and has participated in a number of The Currier Gallery of Art’s Annual Allstate events, which brings sixty of New Hampshire’s most talented high school students together with professional artist mentors for an intense creative weekend. He enjoys speaking at schools in his adopted state, and hosting field trips at his studio. In 2010, Jerry will begin teaching Advanced Digital Art at the New Hampshire Institute of Art in Manchester.

In 2008, Jerry created a piece of art on his computer in front of a film crew for a DVD tutorial on his working process in Photoshop. Garnering rave reviews, “Creating Arctic Kiss” is now available through numerous online stores. Jerry left New York City in 1995, and now lives in Henniker, New Hampshire with his wife Kathleen and son Gregory. An extensive collection of his art and history can be seen at jerrylofaro.com. 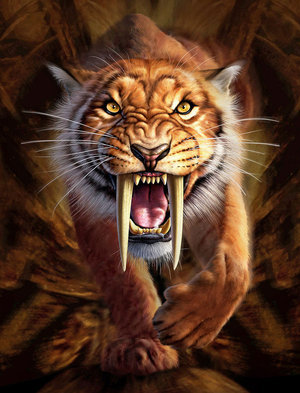 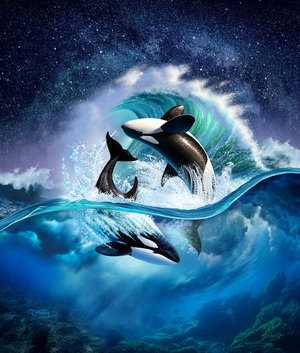 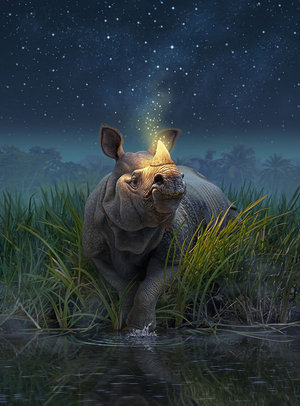 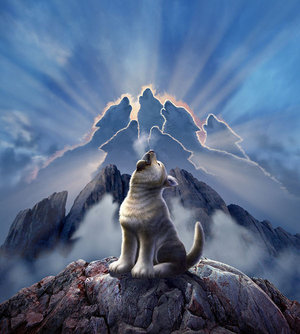 Leader of the Pack by Jerry LoFaro
102 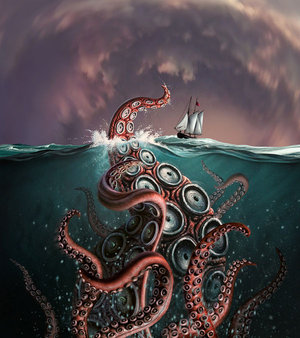 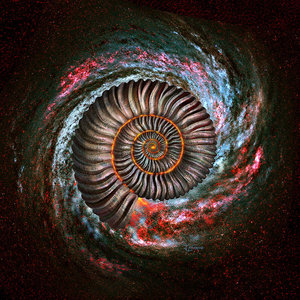 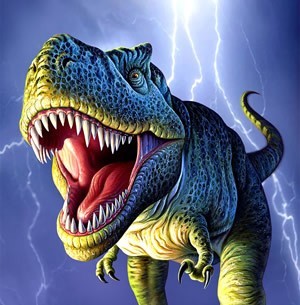 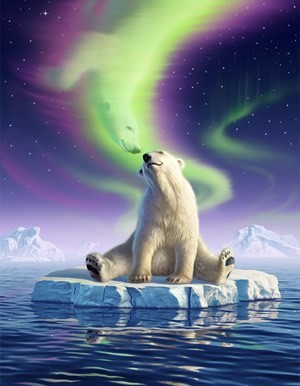